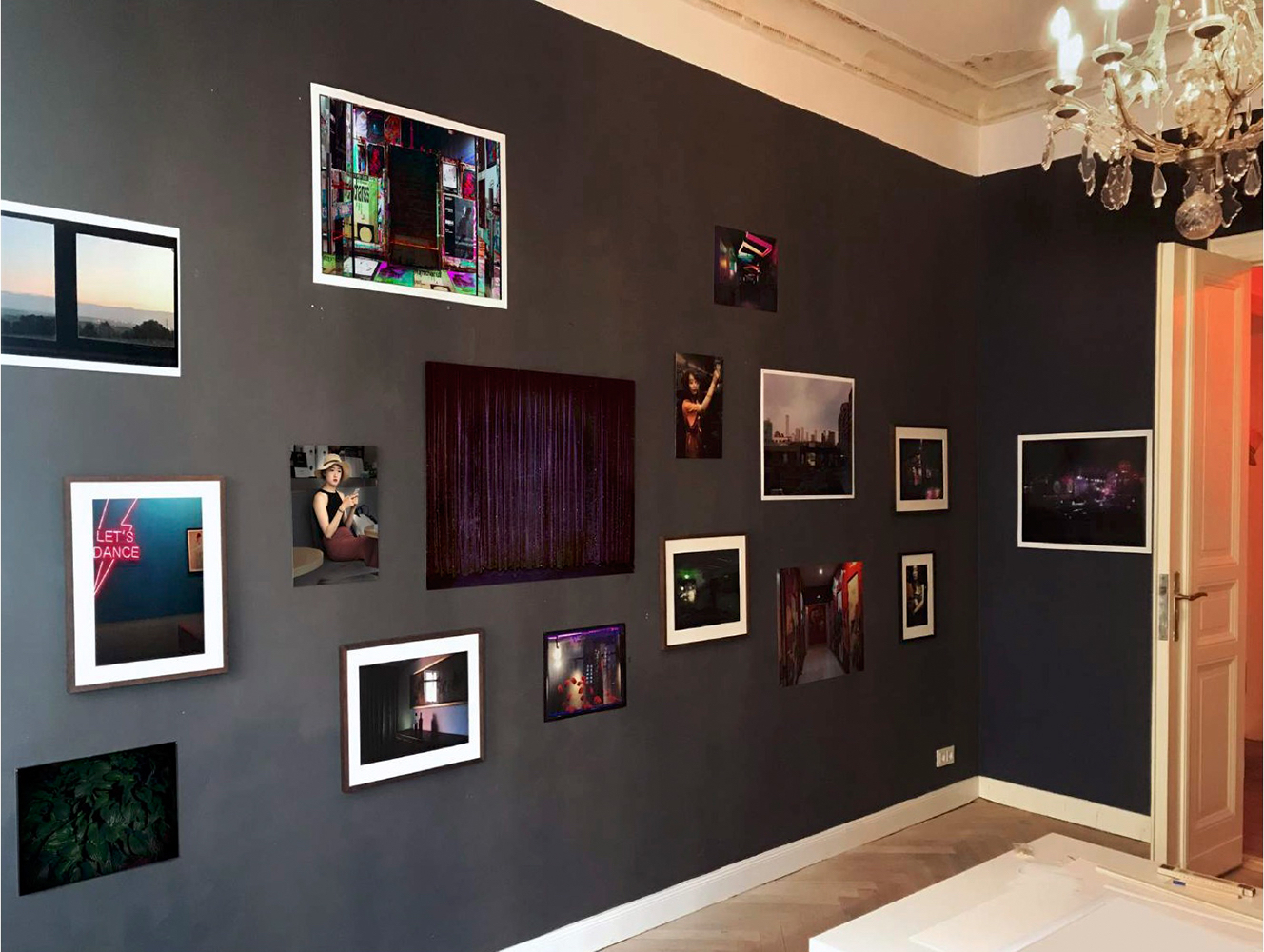 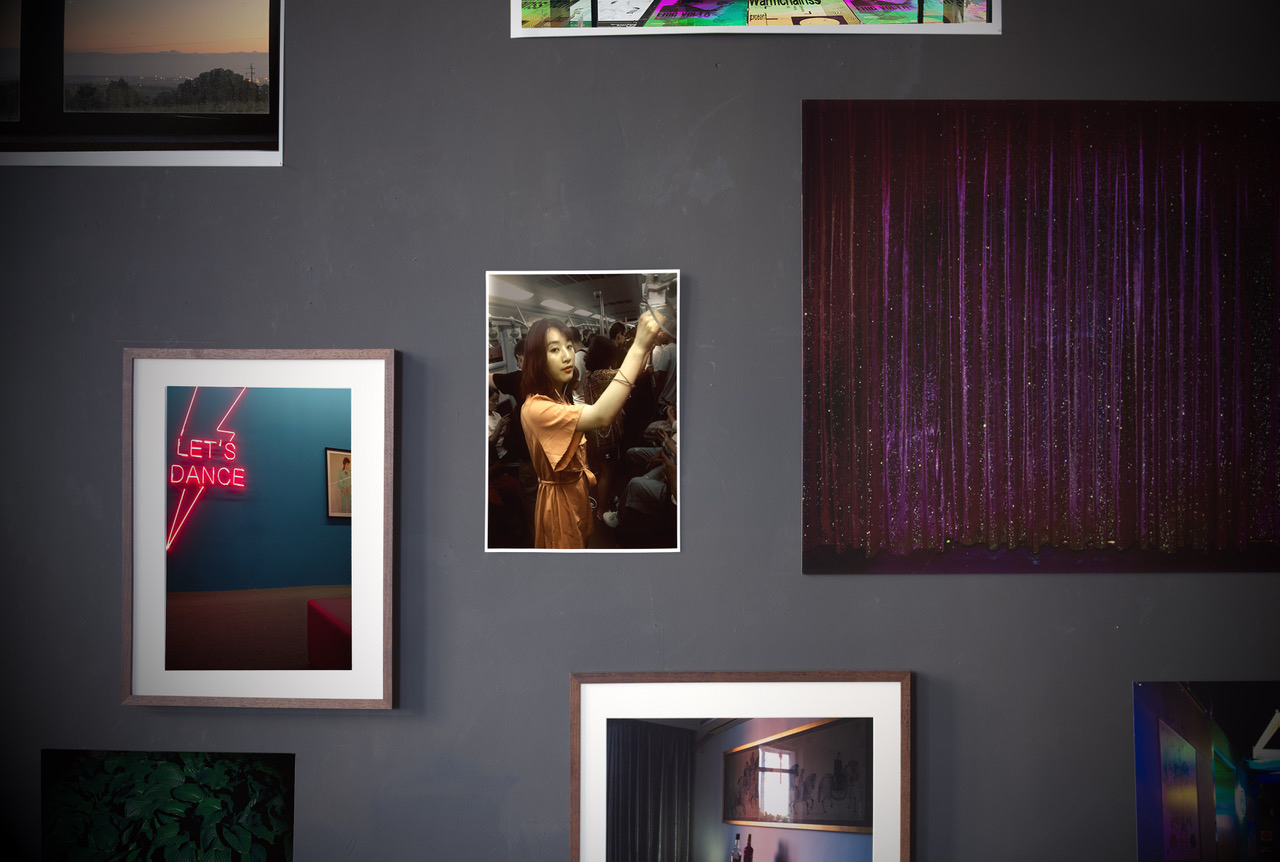 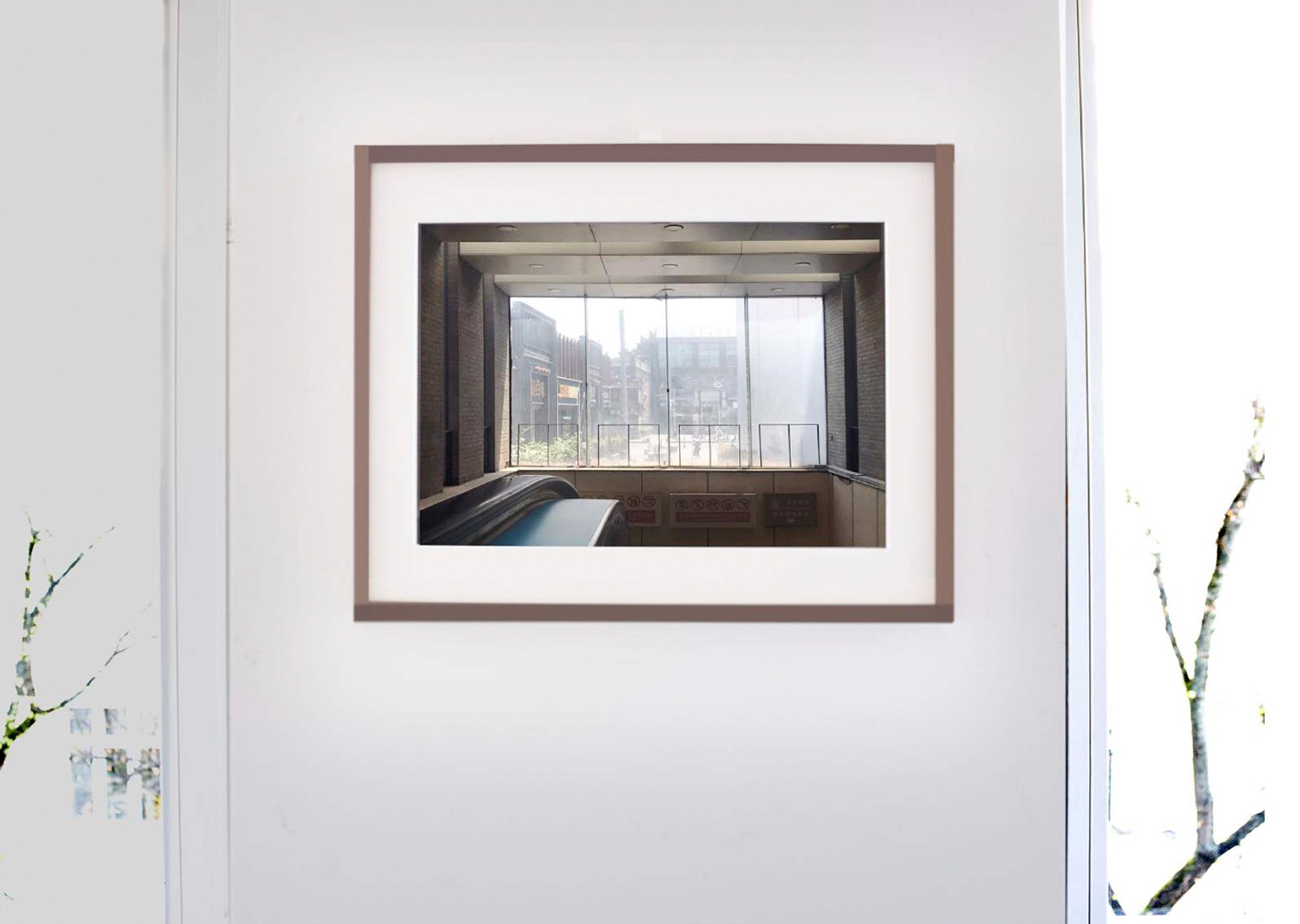 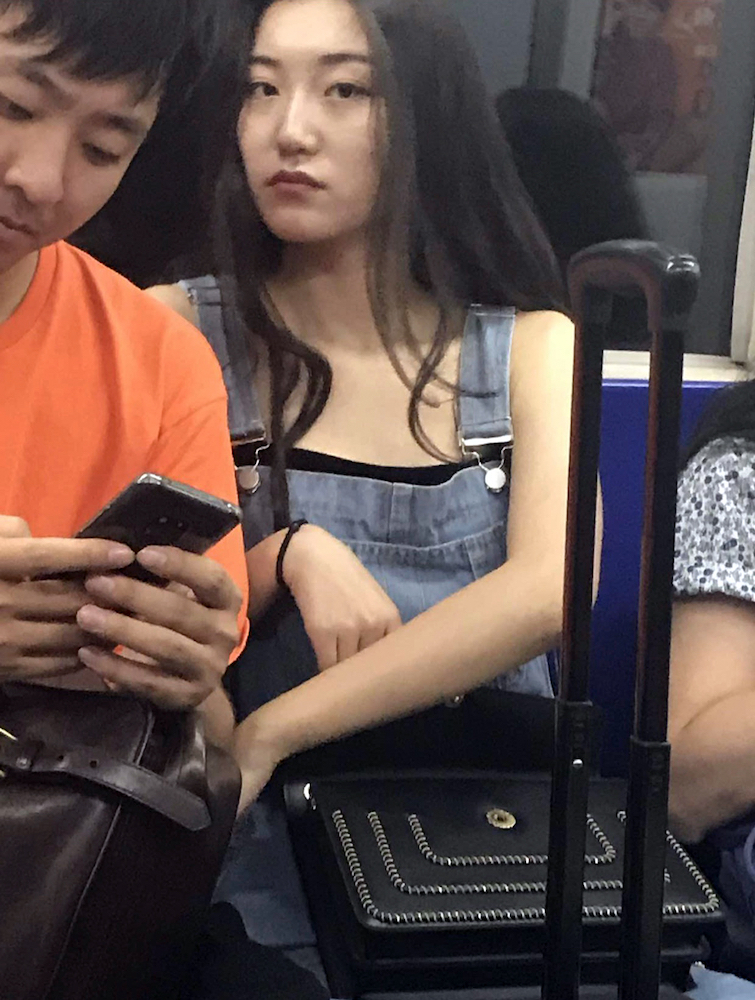 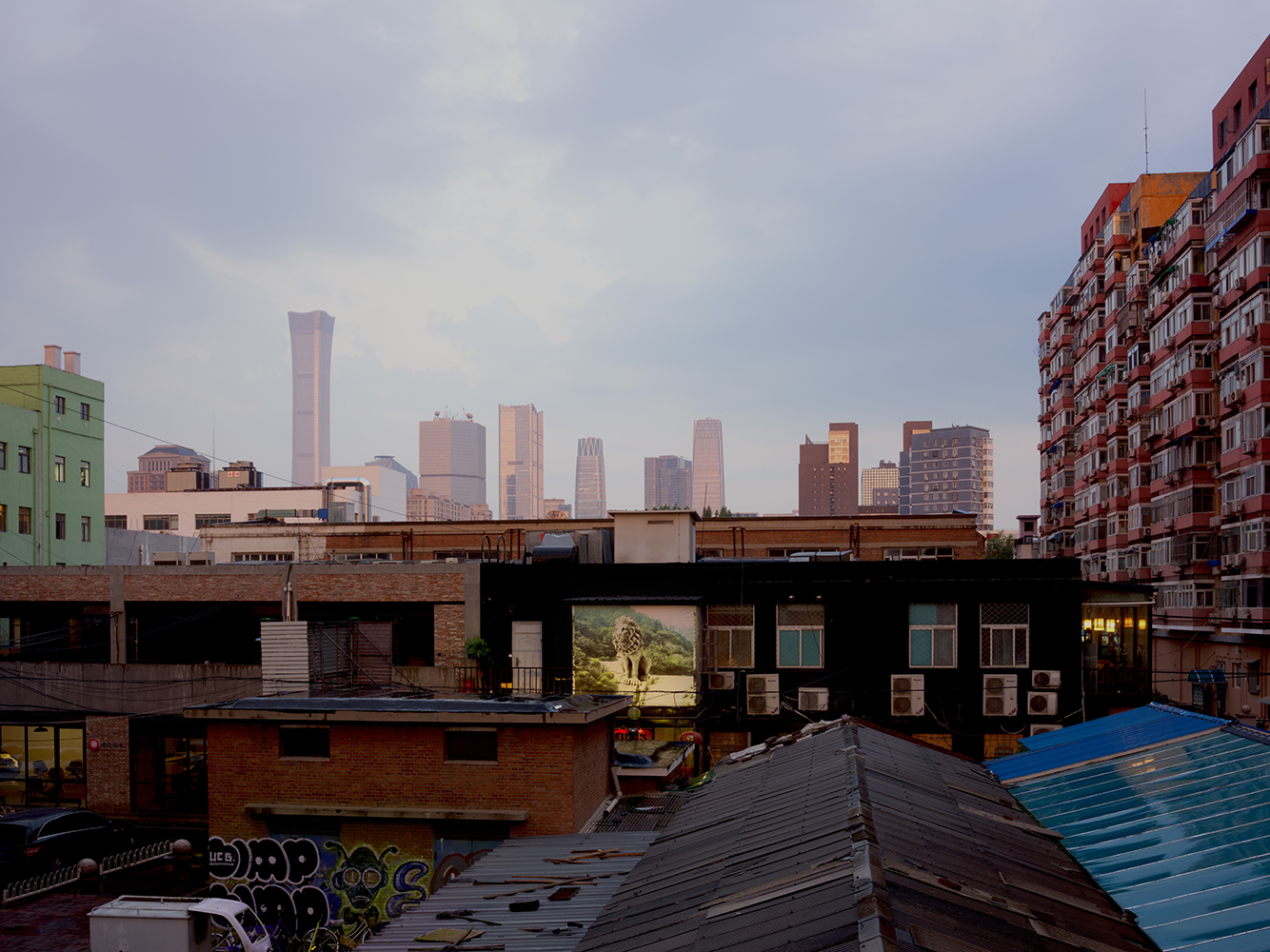 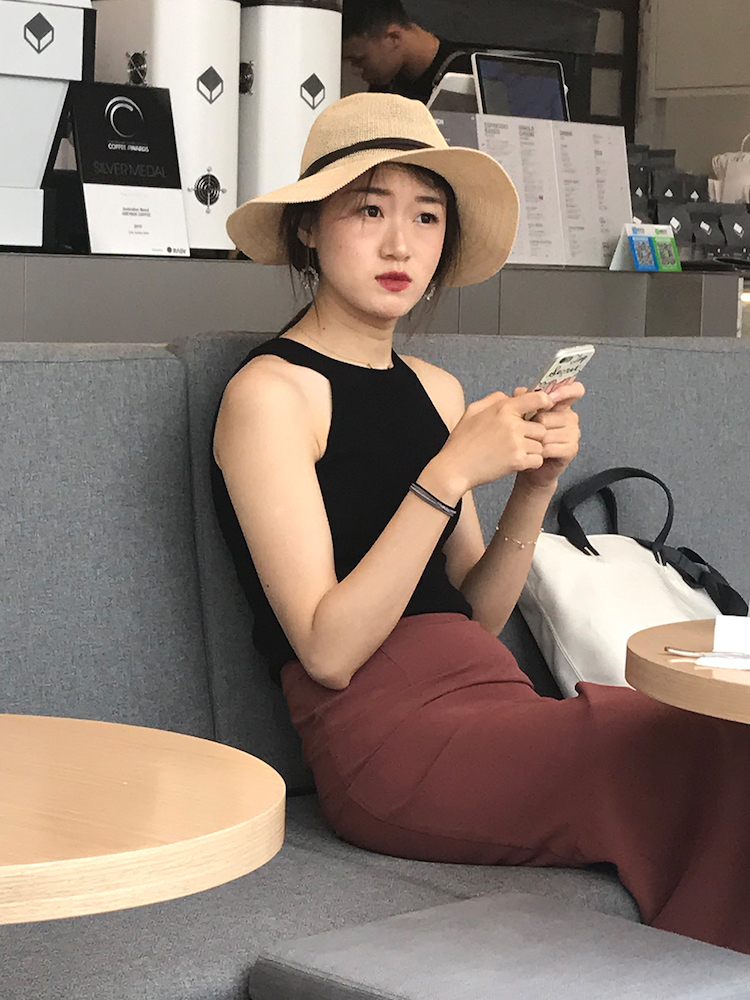 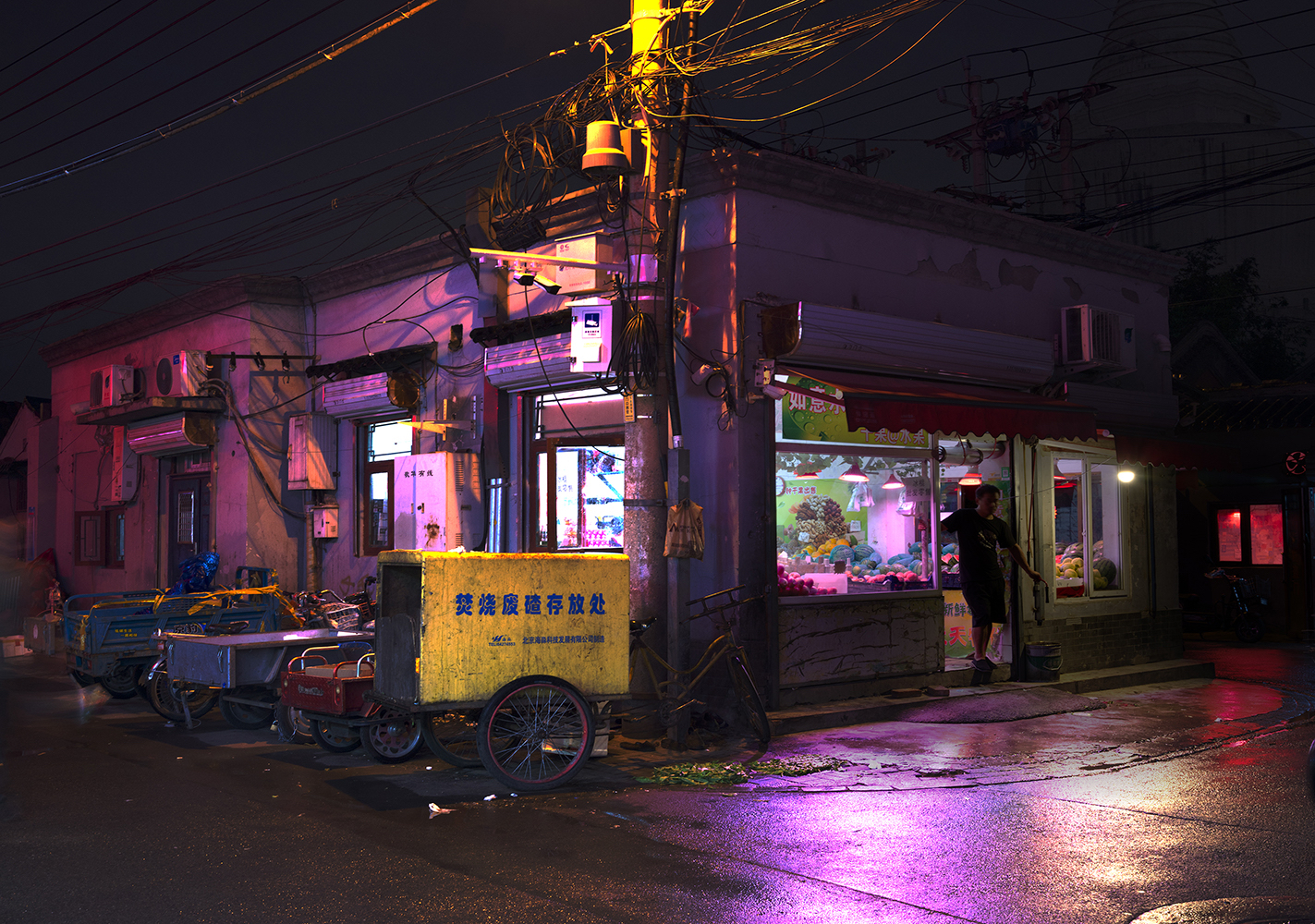 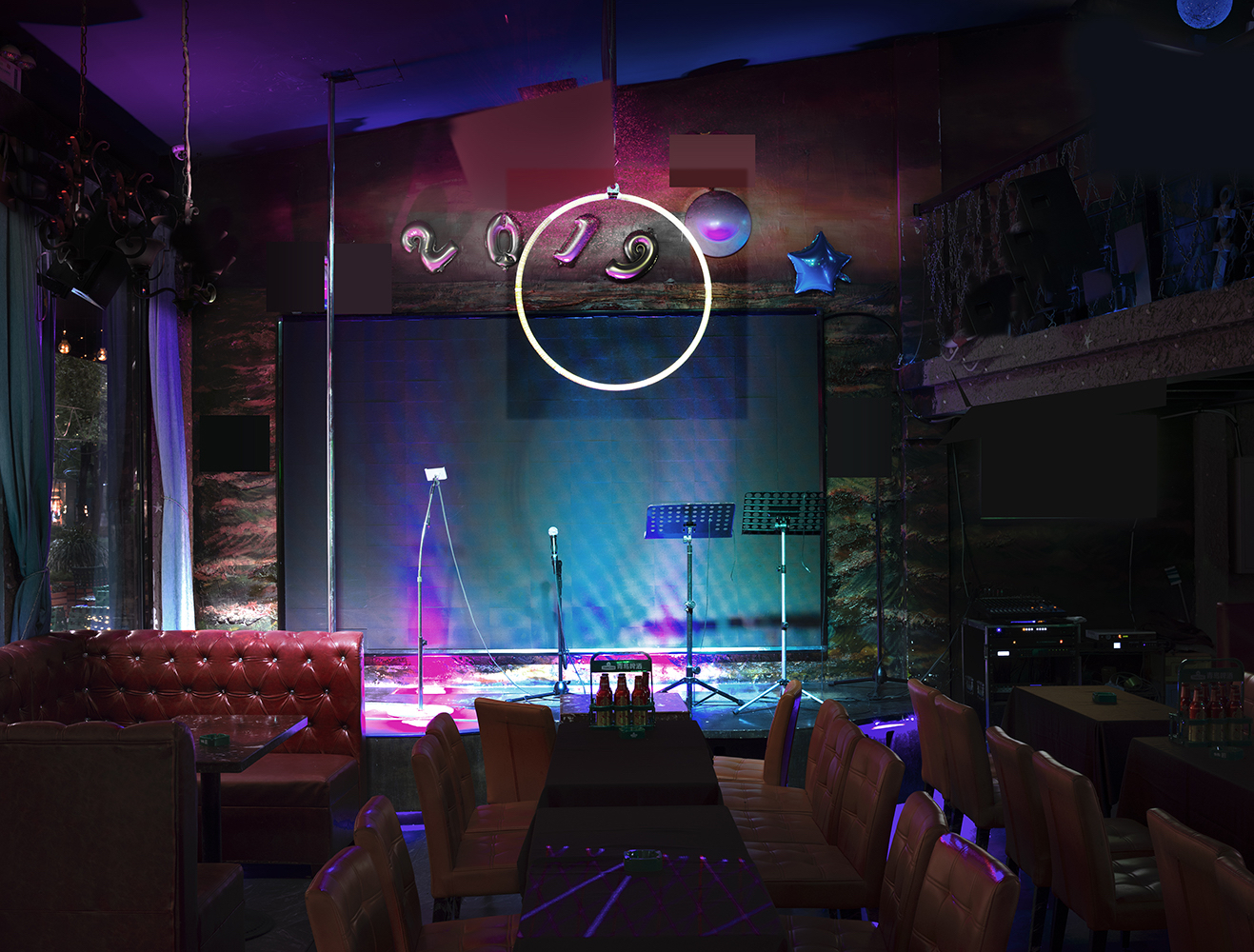 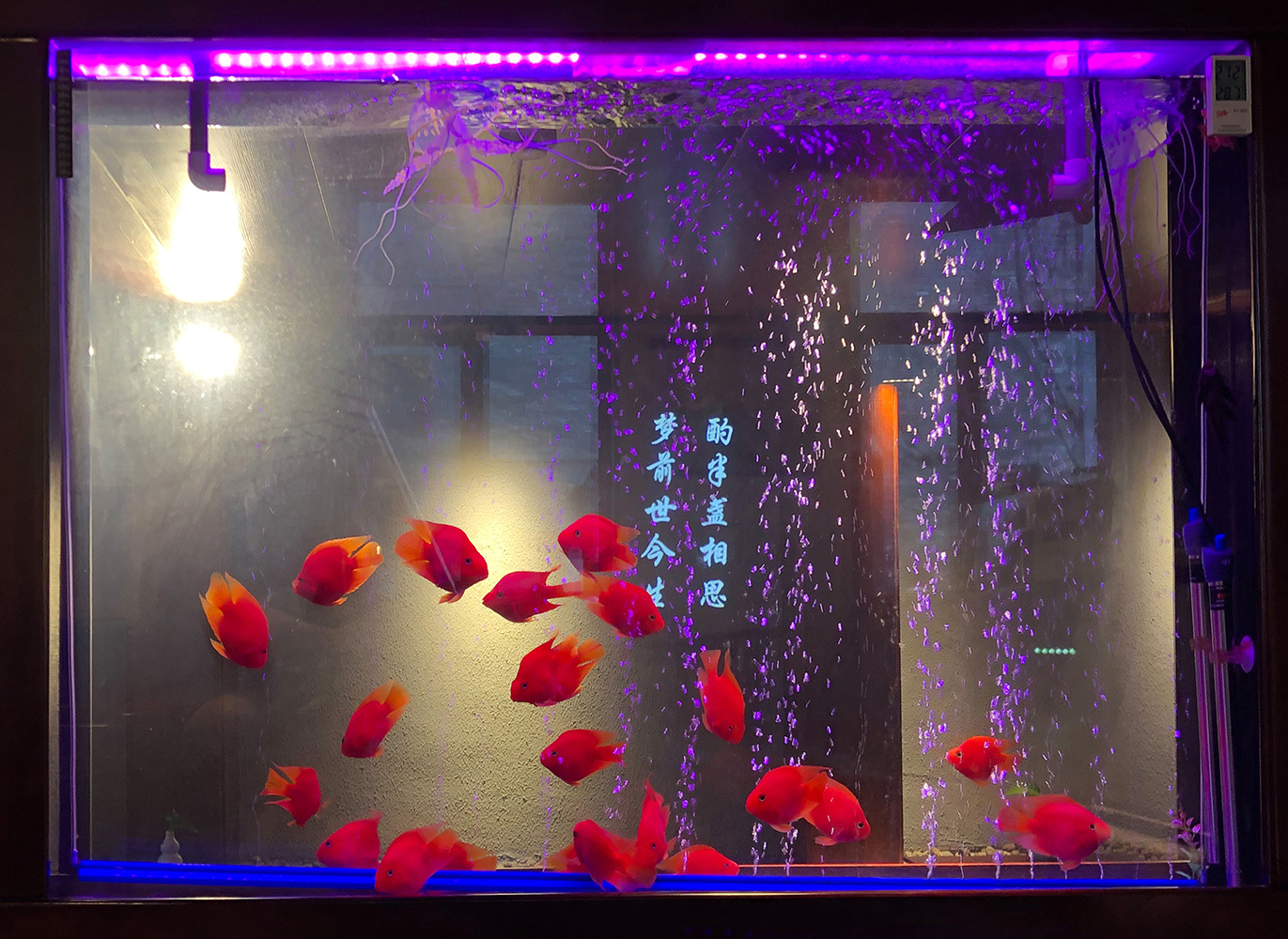 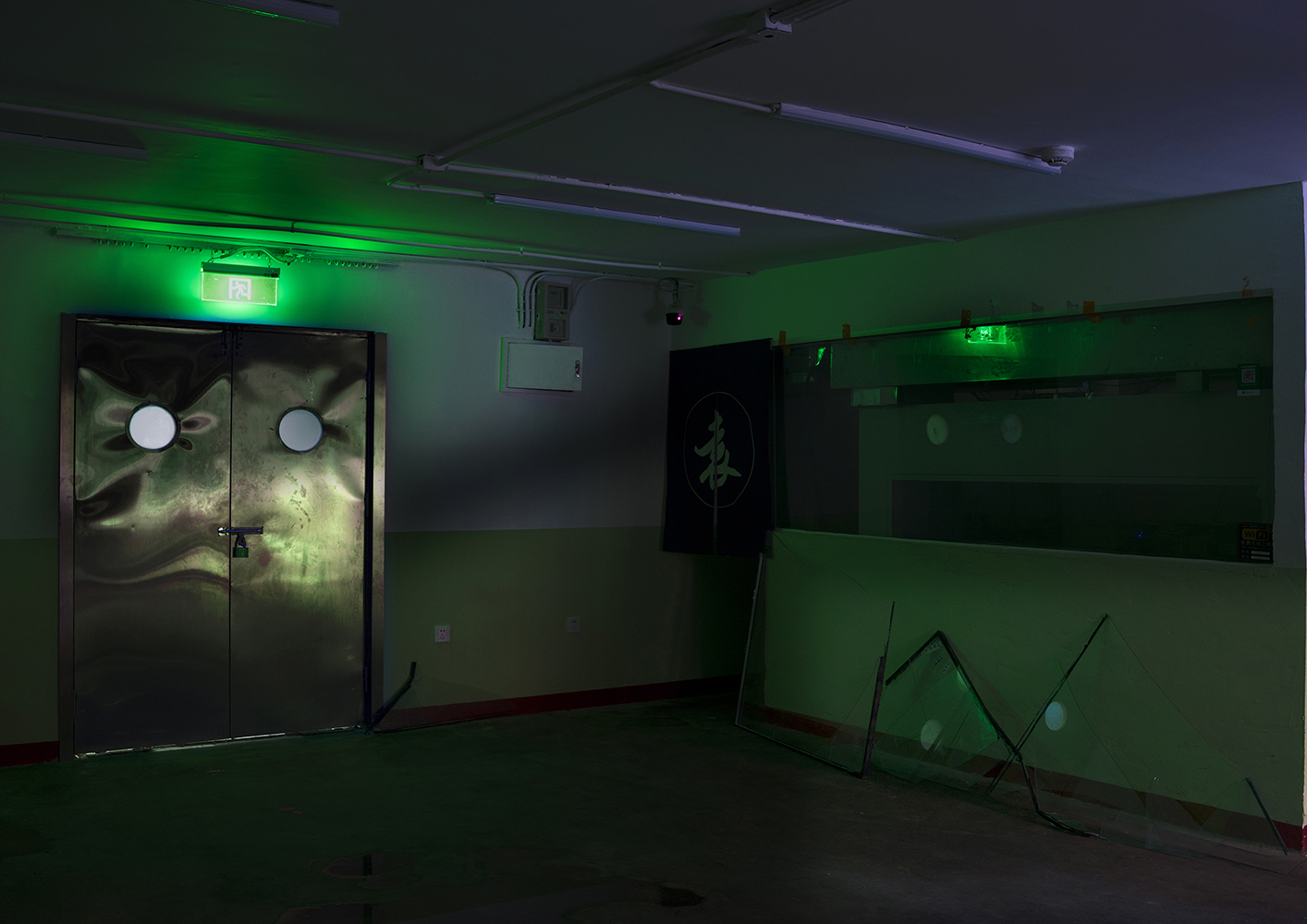 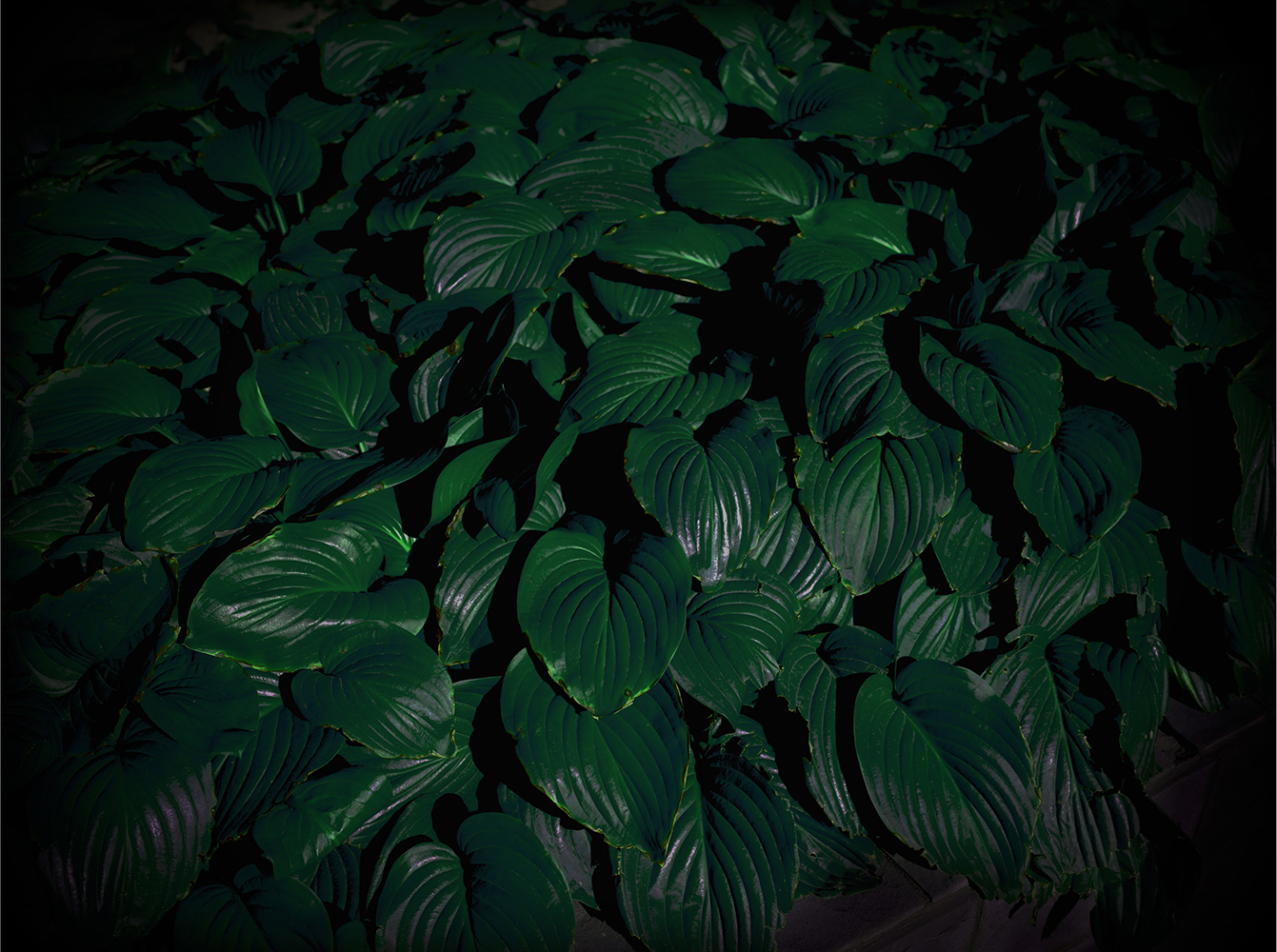 From Berlin to Beijing

When I arrive in the spacious West Berlin apartment of Anna Lehmann-Brauns, she offers me a coffee but I decline and then suggests jasmine tea that she got from China. I accept and am welcomed with an aromatic brew with a deep flavor. The taste is something I haven’t savored in a long time in my three years here since arriving from Canada.

Lehmann-Brauns informs me that she grew up drinking this tea. I’m surprised as it’s not part of the ‘regular’ German diet. It turns out her mother was a bit of a hippie and enjoyed different foods.

“She was very open back in the 60s and 70s,” explained the Berlin-born photographer. “So, I got to experience different things growing up.”

So, it seems fitting the artist was invited in July 2019 to do a residency in Beijing, organized by the Gesellschaft für Deutsch-Chinesischen kulturellen Austausch.

Lehmann-Brauns studied psychology before turning her mind’s eye towards photography, finishing her Masters at the Hochschule für Grafik und Buchkunst / Academy of Fine Arts in Leipzig, about 200 km south of Berlin, in 2001. She’s been a photographer since then.

In Beijing, she had four weeks to wander the city, absorb its culture and produce some works. The artist has hung up the photographs she made there in her living area, some are framed, others not. They are of varying sizes as well.

“I get this feeling of how big each photo should be sized and if they should have a frame. I also consider the frames. This just comes to me, I don’t over-think it.”

Indeed, the differing sizes and presentations allow each photograph to be its own main character. Together, they have the same look and feel of her other works—such as Last Curtain, where she photographed an empty, old theatre along West Berlin’s grand Kurfürstendamm avenue before it was demolished. The photos come off as somber, somewhat tinged with nostalgia and melancholy.

There are outside shots, a few smatterings of women and some solemn rooms with flashes of color.

“I am melancholic often, yes,” she says with a smile. “But, I’m also happy. I think about how time passes. My photography is totally modern when you consider the vivid colors I have in them. [I guess] it’s because I think of beauty and story when I photograph and perhaps, this is the mood that comes out.”

Some of Lehmann-Brauns‘ photos will be part of an exhibit at Haus am Kleistpark in March in Berlin. Her Beijing photos will also be shown sometime in 2020, check her website for updates.

What were your thoughts about Beijing when you got there?

There’s an adjustment of course. I was excited but also unsure of what would happen. First, when I got there, it was like a culture shock. I was living in the Hutong area [old neighborhoods of narrow alleyways and stone houses with inner courtyards] and it was so hot, 40C I think, and it smelled terrible. I thought I couldn’t stay here! Then, I got used to it and I got used to the city. After that, I moved to another place, a high-rise.

Before I left, I was wondering what it would be like to be setting up a camera and taking pictures. Would this be allowed? What will happen? As I discovered the city, I began to see positive things and loved it. The Chinese were incredibly nice and helpful. I couldn’t speak with them and they didn’t know English, but they would try to help with their apps, pictures or get their friends to help me. I love this!

What unfolded as you explored and how did this affect your photography?

Everyone looks free. You don’t see the political situation. It’s modern, there are so many people just living their lives. But, if you speak to people, you feel the ambivalence of the situation. I actually felt dark and sad and it’s because I was lonesome. I was there alone for most of the four weeks, my husband came to visit at the end. There wasn’t a set of meetings or visits, I was left to myself. I love big cities and often visit them alone but this time, it was strange and fascinating. So, I kept this mood when I took the pictures: a sense of discomfort, darkness and a kind of Atmosphäre [vibe].

What do you consider the key images from this time?

This picture out of the window of the skyscraper apartment. The window has mosquito netting and it’s just after a rainstorm. It was a crazy light. This picture, like all the others, has a story. I moved into the 10th floor and the owner hadn’t set up the internet properly and I was so disconnected in many ways. I thought, if I die here, no one will know. But then there was a storm and it was perfect. It is the beauty of a still moment. I discovered myself in this city after a week, I got stronger and began to enjoy myself. Of course, unlike these European cities, it’s totally different and I can take pleasure in noticing that everything is not the same everywhere.

And there’s this one where I’m on the balcony of a famous bookstore called Bookworm. It’s closed now. They had lots of artist talks and art books. I’m overlooking the city and it’s after a storm again and there’s a rose light. I see the rooftop terraces, other buildings that seem to be from other eras and towers. It’s a composition that appeared before me. I find this happens, it’s sudden and I have this setting. Also, after the rain, it’s a fresh feeling of freedom.

You’ve mentioned these outside shots but in fact, you do a lot of inner spaces. Why?

When I began, I was into portraits and then I built dollhouse models, these are a kind of portrait. Rooms are like stages. It’s about moods and ambiguity. There is a story there but I’m not documenting it. I want the viewer to imagine it for themselves.

For instance, I did a series in San Francisco of LGTBQ spaces. When I got to California, I saw the beautiful light and thought about these famous pictures of the light there. Why would I make these same pictures? Then, I began to think about the history of the LGTBQ movement and its meaning and how they fought to live as they are without punishment. So, I decided to go to these gay clubs, a kind of adventure for myself. I don’t make a formal story or history but you can create it for yourself.

I did the same in Beijing. Time was too short but I found one club with different floors and restaurants, bars, yoga rooms and the like. In China, it’s similar to a ‘Don’t Ask, Don’t Tell’ rule and they’re not allowed to speak out about their sexuality or be in the press. As a result, these pictures inside the club are very dark but have a bit of light here and there. I did one with this purple curtain, it was moving on its own, shimmering—iridescent and beautiful, it had a life of its own.

These blocks of vibrant color in your photos, why that style?

Color is important to me. It comes from the influence of certain photographers and filmmakers that I like and grew up with such as William Eggleston and David Lynch. Their use of color and the dark is so specific to evoke a mood or an idea of a story. I enjoy Lynch for his use of color and light situations, his visual vocabulary. My favorites are Blue Velvet and Lost Highway.

[Lynch, who also directed Wild at Heart, Mulholland Drive, Inland Empire, and the Twin Peaks television series, is defined by his foreboding storylines and distinct style of dream-like but very clean compositions, where the darkness is illuminated with pops of color. Just like Lynch, Lehmann-Brauns makes clear compositions that evoke familiarity yet at the same time, the unknown—playing with light and shadow, punched through with striking colors.]

When you look back at your time in Beijing, what comes to mind?

I’m glad and grateful I had the opportunity to go there because it allowed me to be on the ground, in the streets, to understand the place better. Surveillance cameras are everywhere there, we are being watched all the time. I met some young people who helped me get to some locations. One of the young women mentioned she felt safe because cameras were watching us. That’s how most of them feel—it’s safer. But, I felt uneasy.