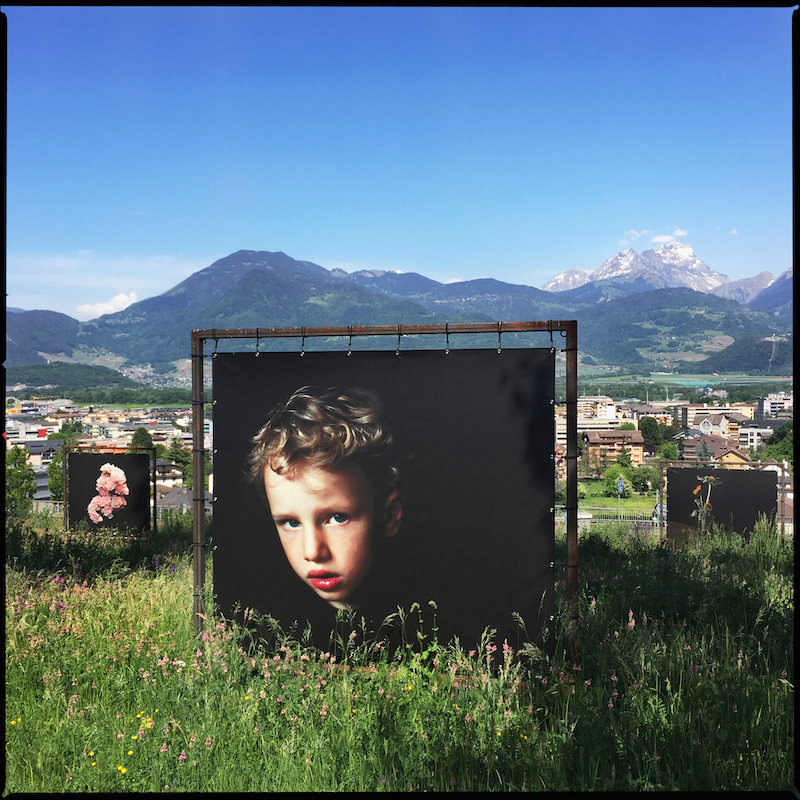 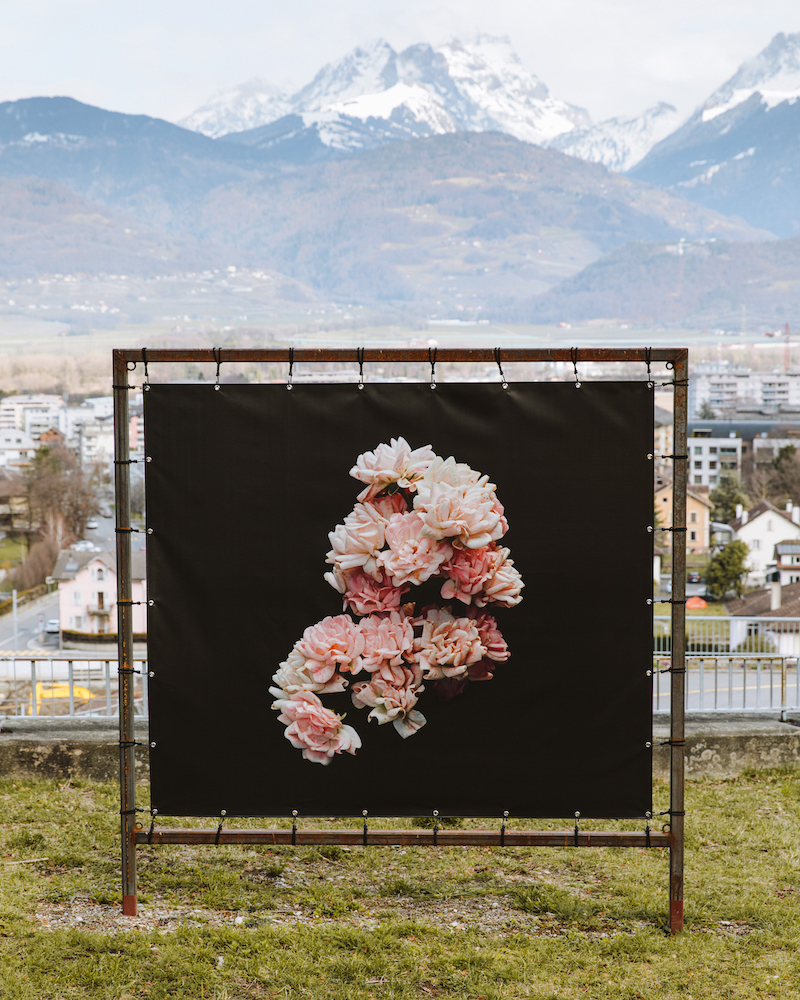 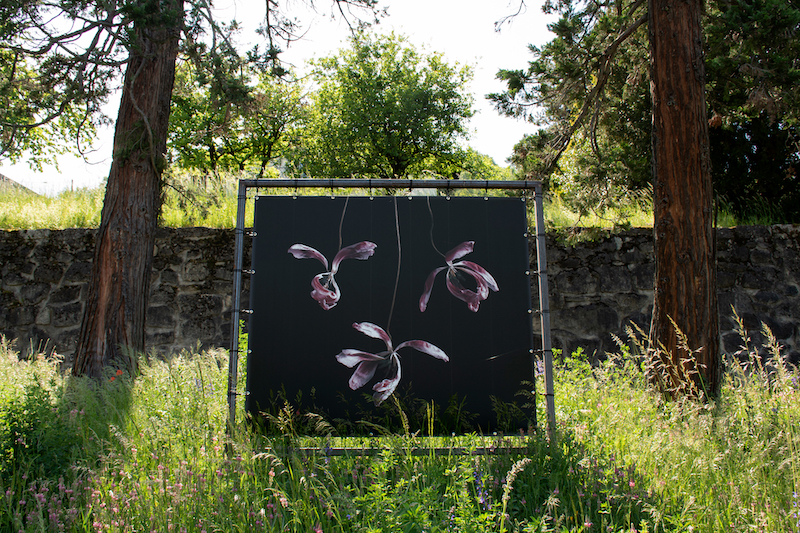 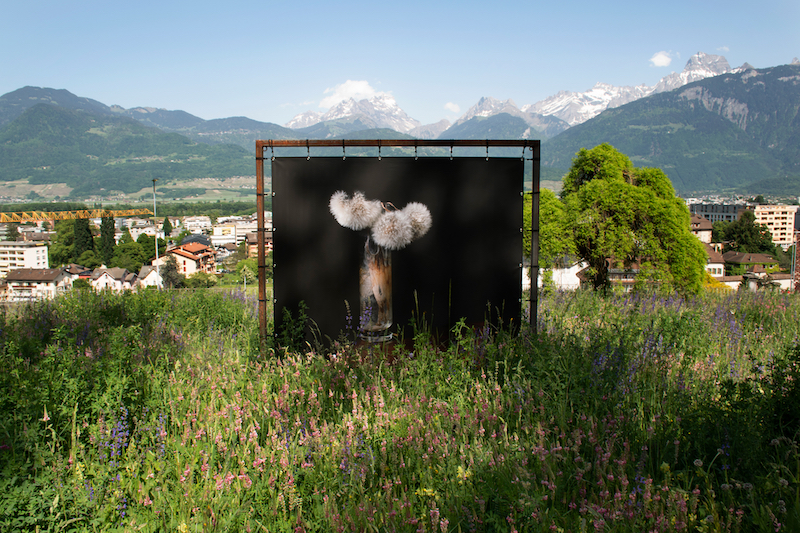 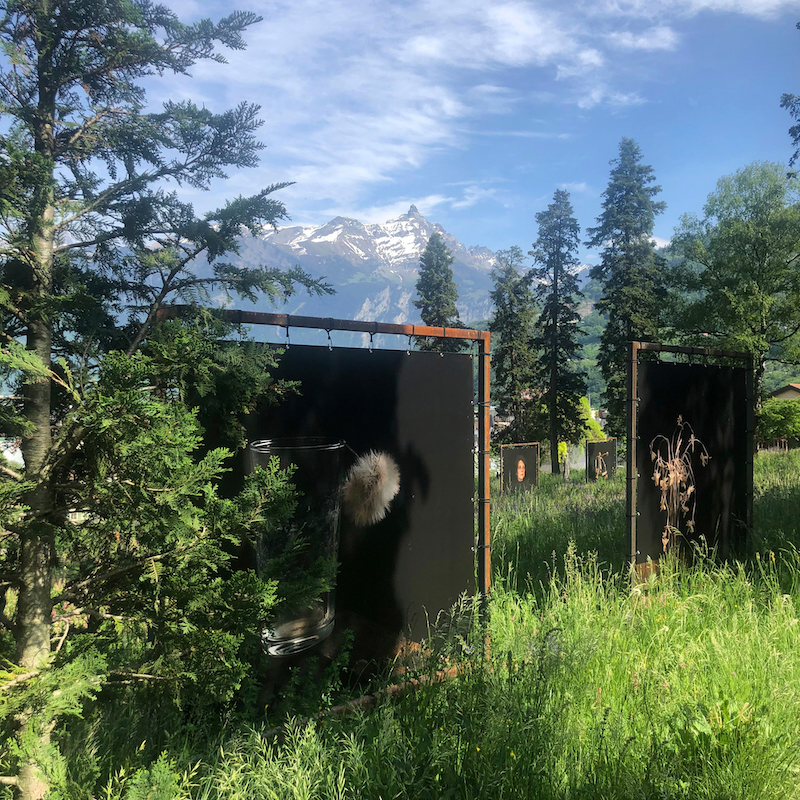 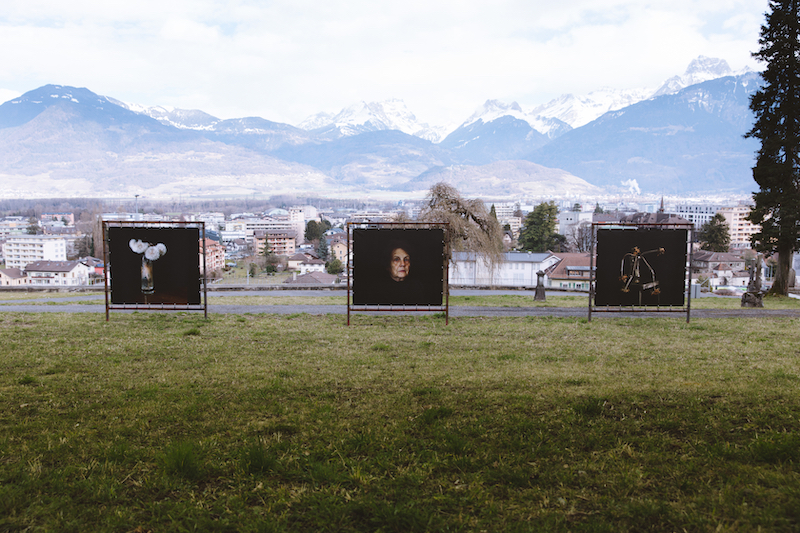 Born in Zurich, Switzerland, Brigitte Lustenberger studied at Zurich University and received her BA and MA in Social and Photo History. In the following years she established herself as a fine art photographer. She moved to New York and received her MFA in Fine Art Photography and Related Media at Parsons The New School of Design in 2007. In her work she explores photography as a media and its close connection to themes like decay, memory, death and transitoriness. She explores the fragility of life. She works with large and middle format cameras, scanners, iphones, over head and slide projectors and everything that has to do with light images. She recycles old works and leaves C prints to dissolve in the water. Her analog photographs are all made with available light. She was the Grand Prize Winner PDNedu, got the Golden Light Award, Selection Voies Off at Arles, the prestigious Landis&Gyr residency, and twice the Photo Award of the Canton Bern (2002 and 2013). 2018 she was awarded with the Merck Prize at the Darmstädter Tage der Fotografie and the Fellowship for Visual Arts of the Canton of Bern. She will have a solo show at the Christophe Guye Gallery this coming fall.

Brigitte Lustenberger is represented by the Christophe Guye Gallery in Zurich.

«An Apparition of Memory» –  at Christophe Guye Galerie.

The Tastes of Others or Elegy in Chiaroscuro
Text by Julia Hountou, curator of the exhibition

Questioning the representative capacity of photography means re-examining the relationship between reality and fiction. Brigitte Lustenberger does so without resorting to devices like the unusual or trappings of the bizarre and strange. Conversely, in using elements from everyday life she builds a visual “plot” in which the heroes are played by pretend actors, her models, to whom she gives roles. In fact, her photographs seem like stage sets, their protagonists like characters as part of her theatrical approach. Like a film director, she painstakingly coaches them on gestures and facial expressions.

Everything in Brigitte Lustenberger’s universe is aimed at stripping back to heighten her focus on faces. Poised between matter and spirit, body and soul, visible and invisible, the face expresses hidden sentiments, moods and emotions.Mute, they appear in the full intensity of their being, trapped by the natural light whose shaping effect Brigitte Lustenberger uses like a sculptor moulding clay. These portraits are all the stronger for being entirely devoid of trivial attributes or connotations. We cannot help being both amazed and surprised before their faces, with their disturbing beauty, mingling carefreeness and reflection.
Captivated by the absolute splendour of black, the photographer conceals the setting in total darkness. Behind huis clos of her studio so resembles an empty space that it compels her models to pose with only themselves as reference. This premise meets both aesthetic requirements and to an iconographic modulation of postures and expressions. By suppressing the context, Brigitte Lustenberger sets out to investigate the subject of the face, the pure expression of emotions. The sombre background draws the portraits towards an abstraction that absorbs shapes, accentuating the sense of introspection. Transfixed by the lens, the characters seem both close up and distant, familiar and foreign. Their silhouetting against the black both gives them an aura and places them out of reach.
Tentatively emerging from the dark background, her subjects gradually take shape, feature by feature. The visible is threatened by the invisible, with darkness constantly abrading the light. The image thus formed begins a process of disappearance. With these faces that seem to emerge from lost memories, Brigitte Lustenberger plays with time by picturing their premature flight into oblivion. While they crystallise the sense of human identity, the artist also insinuates their incessant withdrawal, escaping attempts to close in on them and fix them once and for all.

The Aesthetics of Deliquescence

While Brigitte Lustenberger’s studio provides an aid to meditation, a reflection of her intimacy, she also uses it as a laboratory where curiosities are transformed into raw material ready to be placed at the heart of her creations. Over the weeks, the objects dry out, go mouldy, decompose and metamorphose, leading to a way of experiencing the world that she integrates unchanged into her artistic practice.
Scattered in space like shredded memories, these discoveries harbour an intensely poetic and tragic charge. Knowing how much we are bound to them by a secret complicity, a profound affection, Brigitte Lustenberger does not catalogue their practical function, but gives us an uncluttered photographic vision intended to bring out their compelling originality, but more importantly to reproduce their essence. Going beyond simple still-lifes, she “portrays” them by exalting their specific characteristics and their dark power. Highlighted, they emerge from the shadows and show themselves as they are, unique and self-sufficient. Susceptible to their solitude, abandoned and tinged with mourning as they are, she also likes magnifying the frail stems of just-faded or literally dry bouquets, the source of a highly metaphoric mystery. With light as her most valuable ally, she depicts beings and silences, atmospheres and scraps of matter – skin, fur, feathers, wood, fruit, flowers and objects on which she seems to bestow a soul, to tell mysterious, whispered stories. She is spectacularly successful at creating an enigmatic universe that incites the spirit to dream. This poetic world, composed of subtle signs, is of an extreme melancholy.
Shadow and light shape living or inanimate objects, bringing them all into the same temporality. Metaphors of the erosion of time, these elements embody the state of the world caught in the iron grip of longevity. Brigitte Lustenberger, then, uses her images to visually pose the question of what in the intensity of a moment can retain both death and life in the same breath. By revisiting the motif of the still-life and reviving the aura of seventeenth century Flemish painting, Brigitte Lustenberger has become part of a long tradition. Her use of meticulously staged settings, the theatricality of her postures and décor, vouch for this influence, to which she adds a tireless quest for beauty. The velvet of a lily petal, the bluish reflections of a crow’s plumage or the sheen of a pewter plate are also nuances which draw our attention and witness the artist’s taste for beautiful craftsmanship.
Her assimilation of pictorial techniques is even more obvious in her choice of lighting. Chiaroscuro characterises all the work produced in that era, and the photographer tends to use a single source of natural light, following traditional canons. This quest might seem nostalgic or mannered if she was content literally to plagiarise her sources. Instead she sets up a dialogue with the history of past and present forms and a reinterpretation of their codes. In her exhibitions, Brigitte Lustenberger plays with her images. This relatively mobile system enables the construction of a grouping or rapprochement between several unrelated figures. Unlike the Baroque period, when each object had a precise symbolism and a specific unity and meaning, here one print can replace another without compromising the balance of the scene. As a result of these fragmented relationships, the elements of series are not restricted to a precise role, they fulfil a variety of functions. These pieces, variations, collections and citations are examples of the different artistic forms that an approach of this type can assume when applied to things or faces, subjects that the photographer treats with particular intensity, but with careful attention to their mystery. Looking at portraits about which we know nothing fires our imagination.

Art historian and curator Dr. Julia Hountou is director of the Galerie du Crochetan in Monthey. This text is an extract of «Brigitte Lustenberger. The Tastes of Others or Elegy in Chiaroscuro».

Published with the friendly permission by the artist and the author. 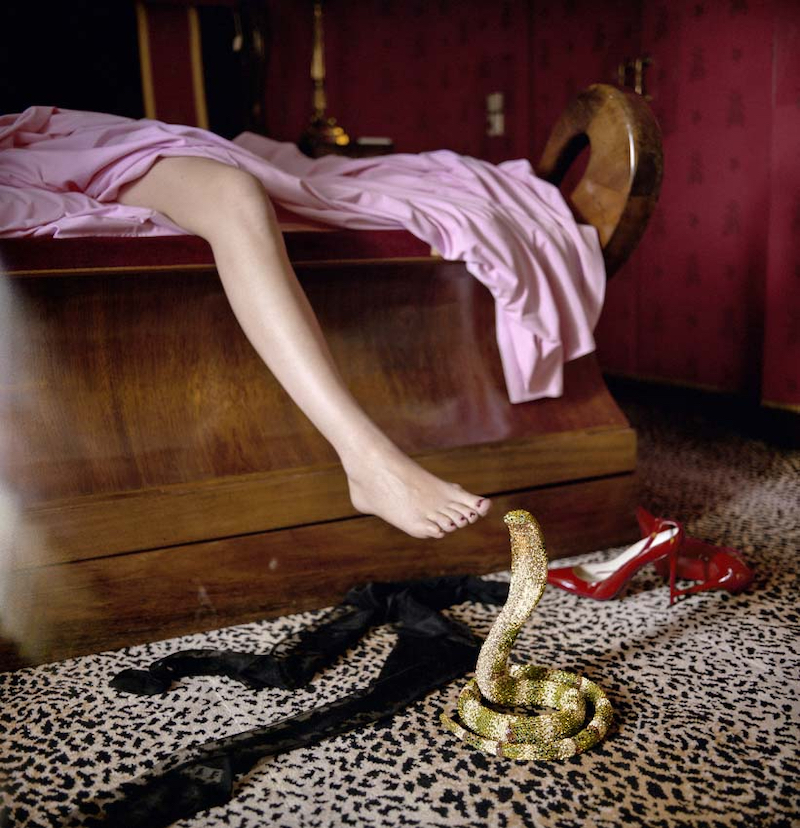 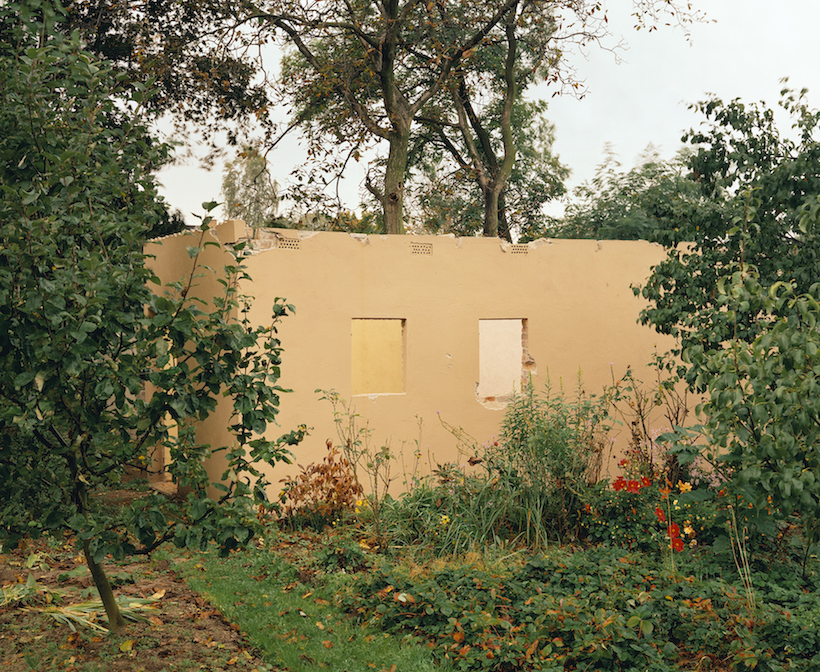