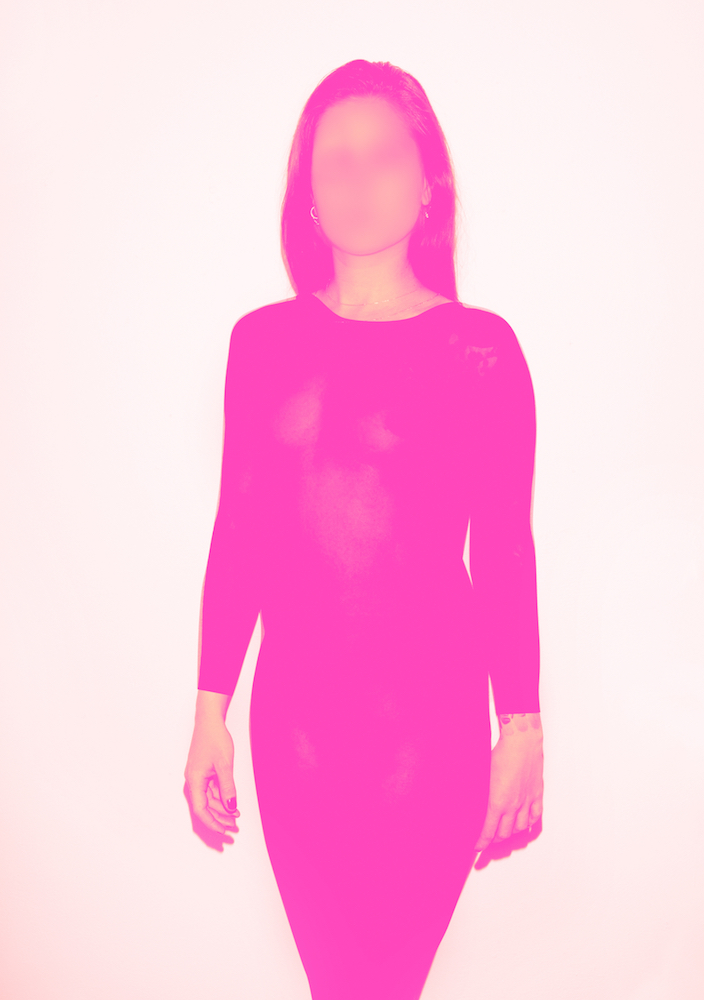 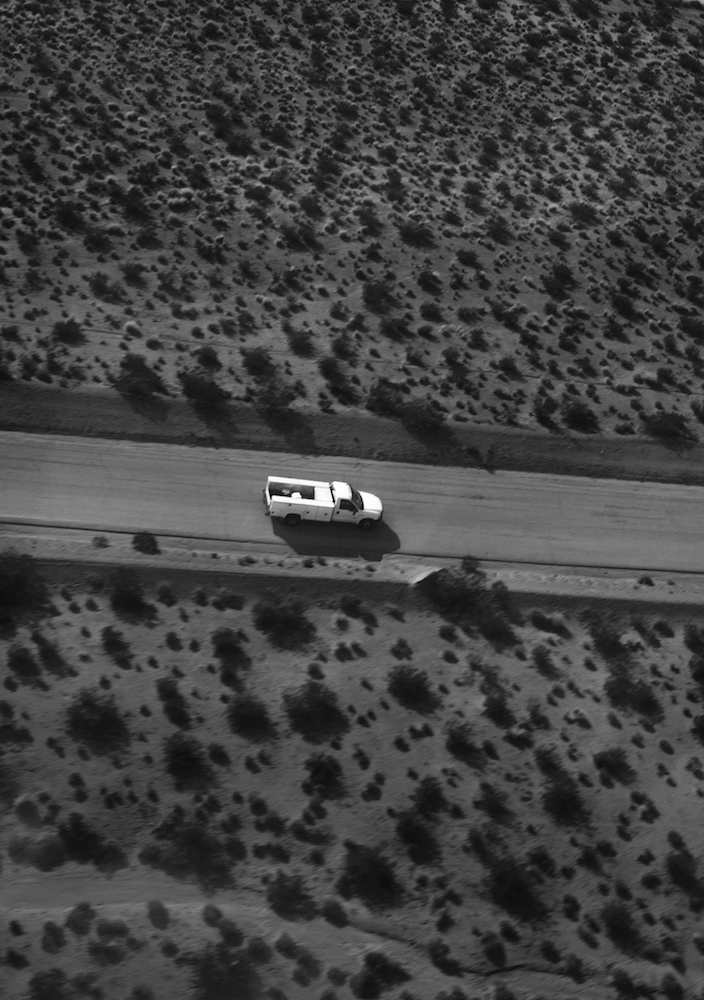 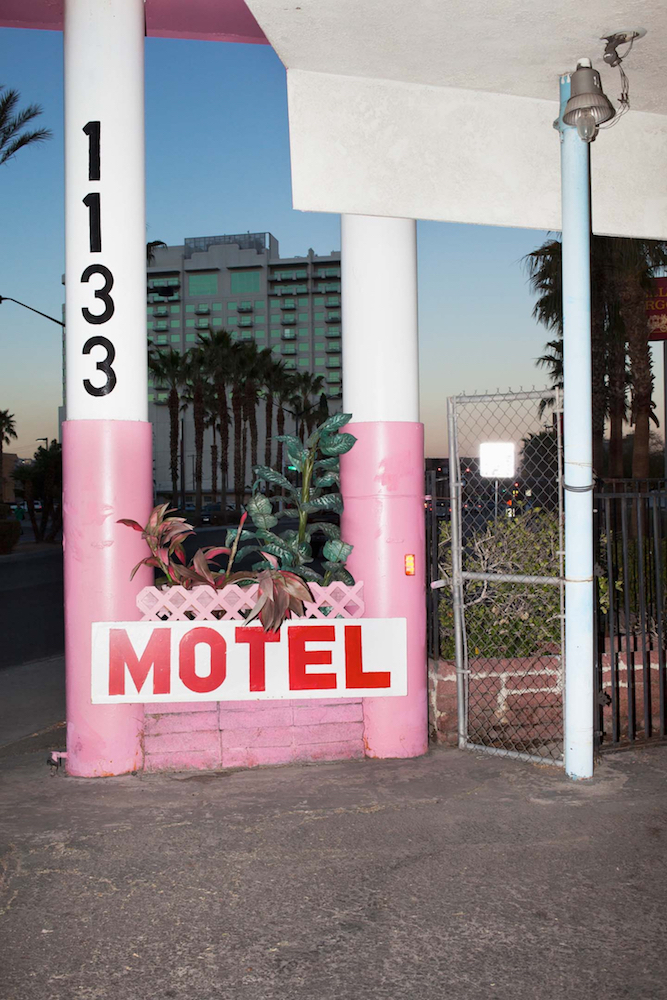 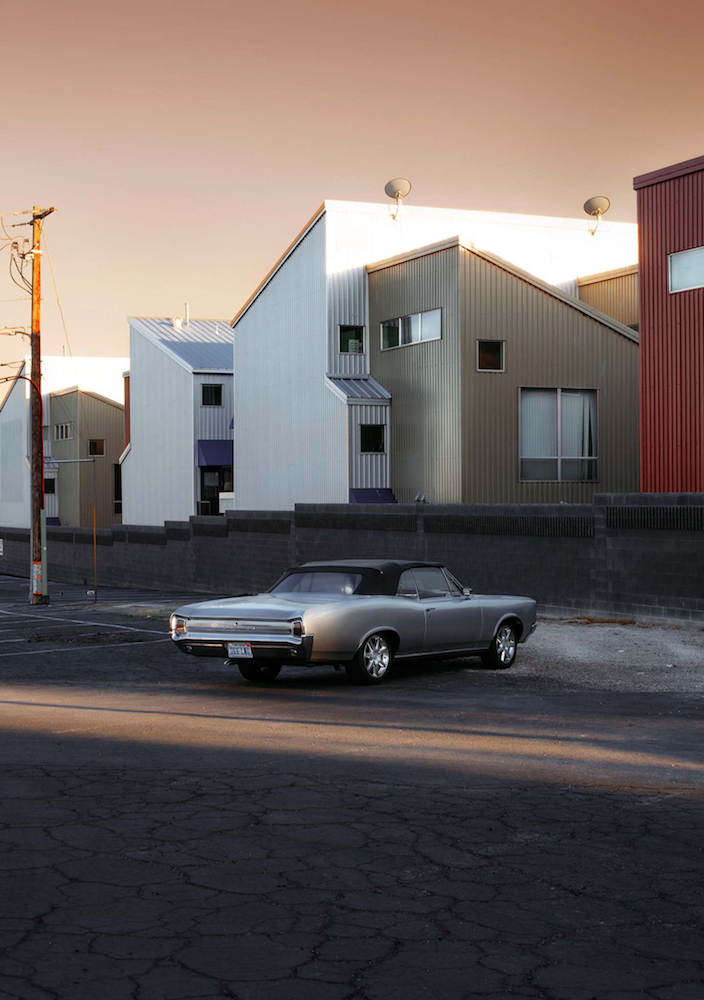 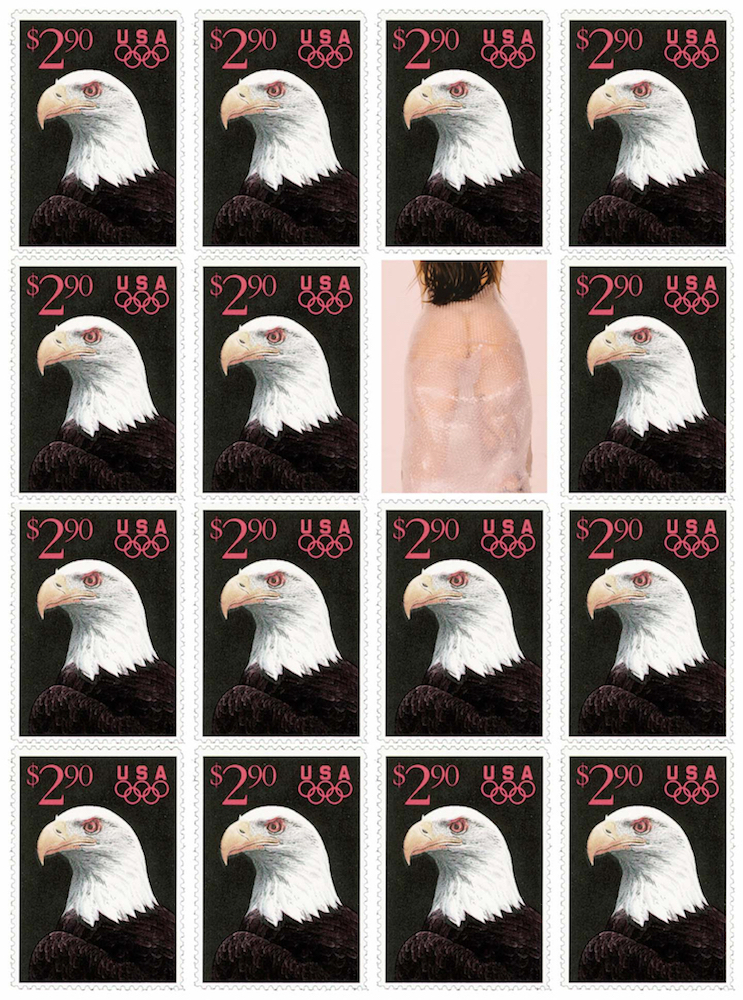 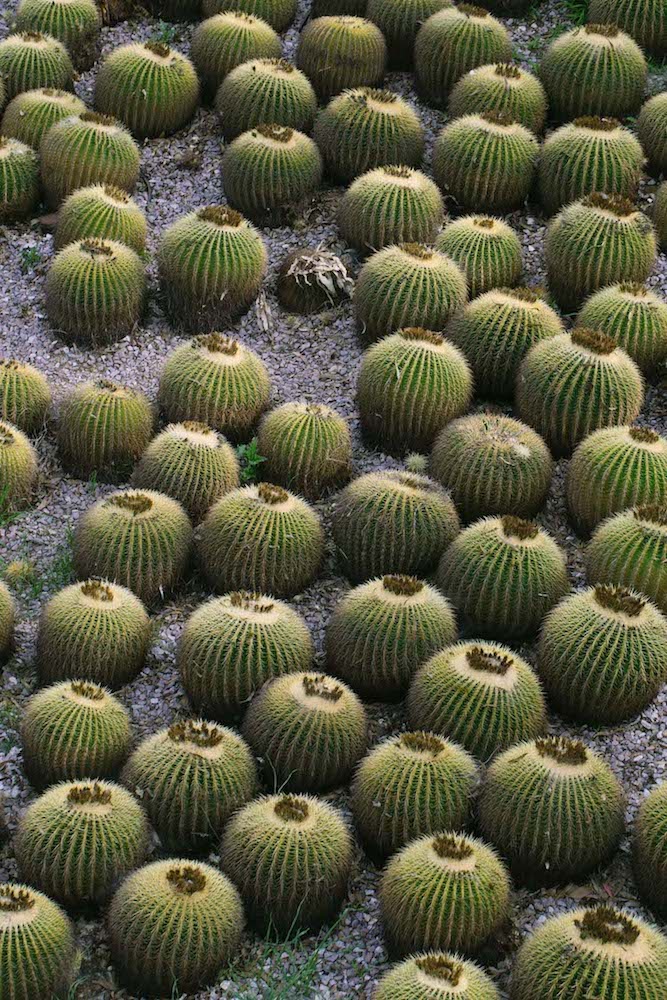 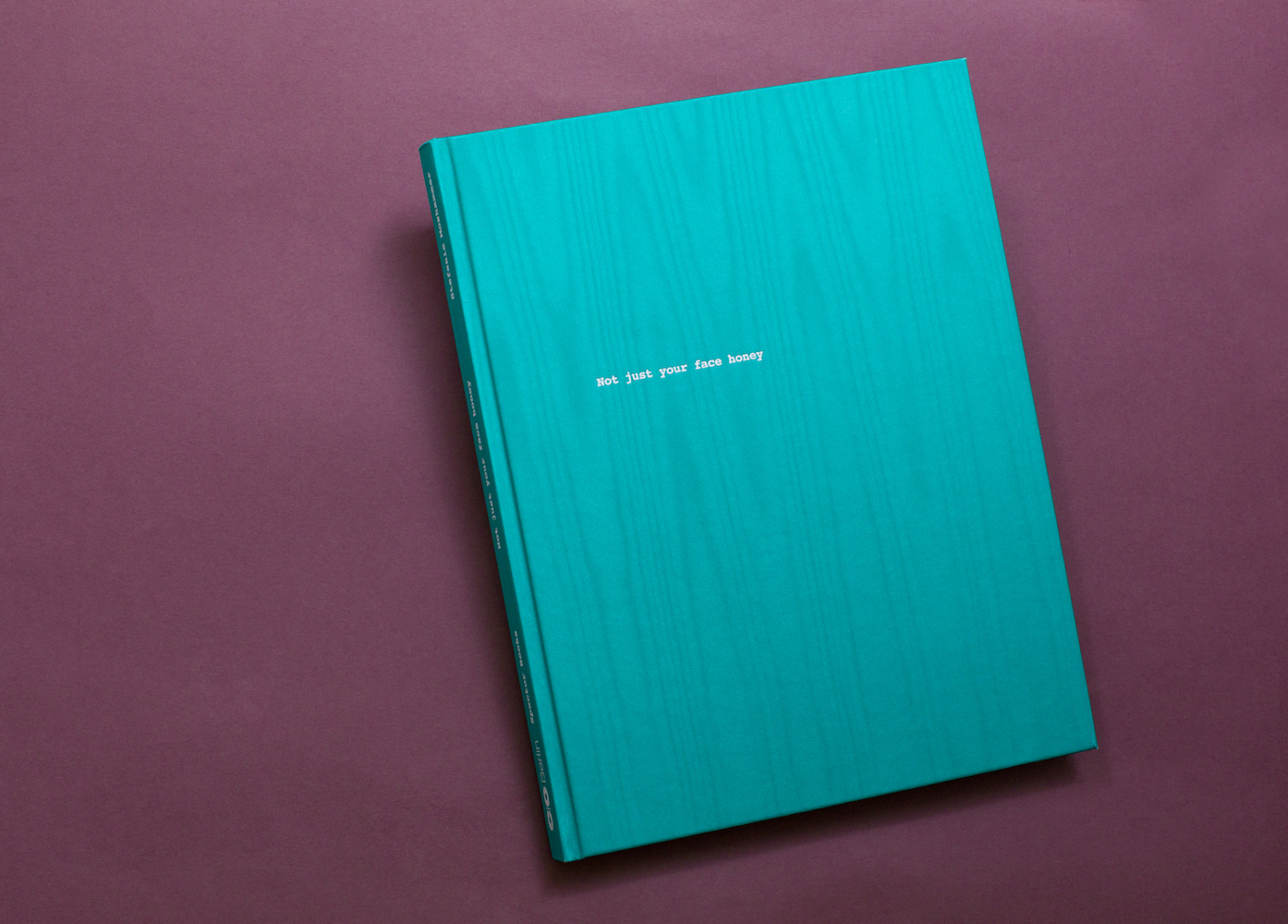 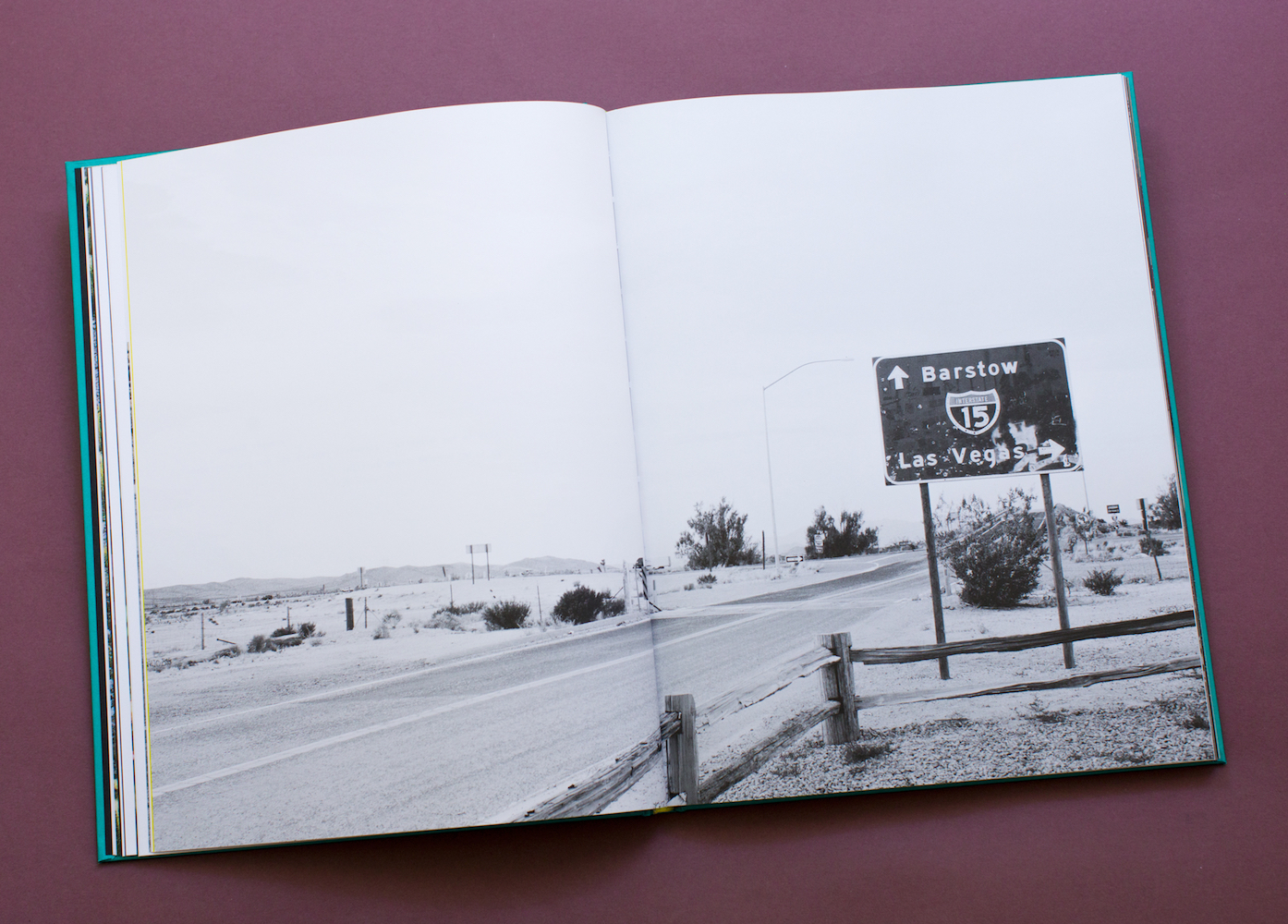 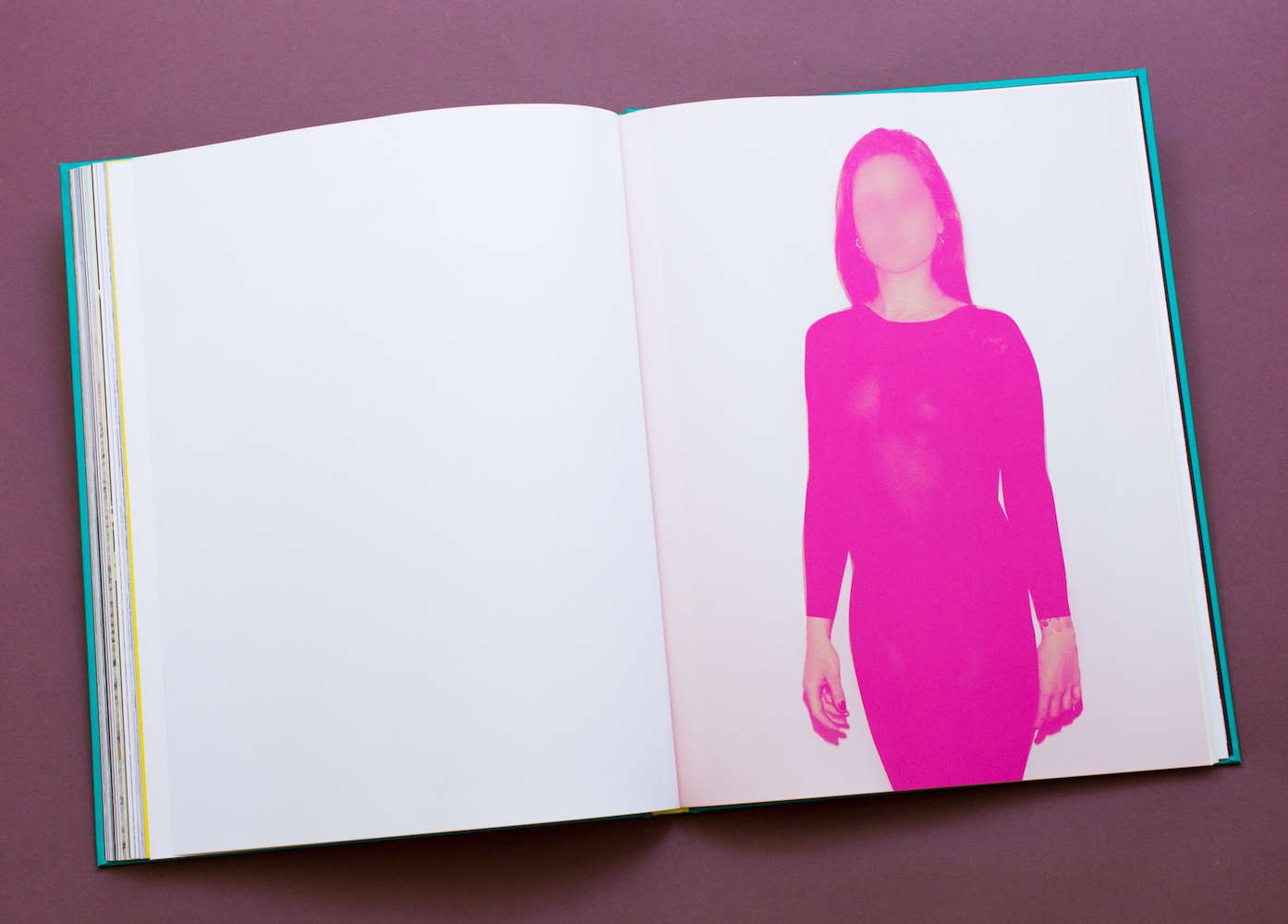 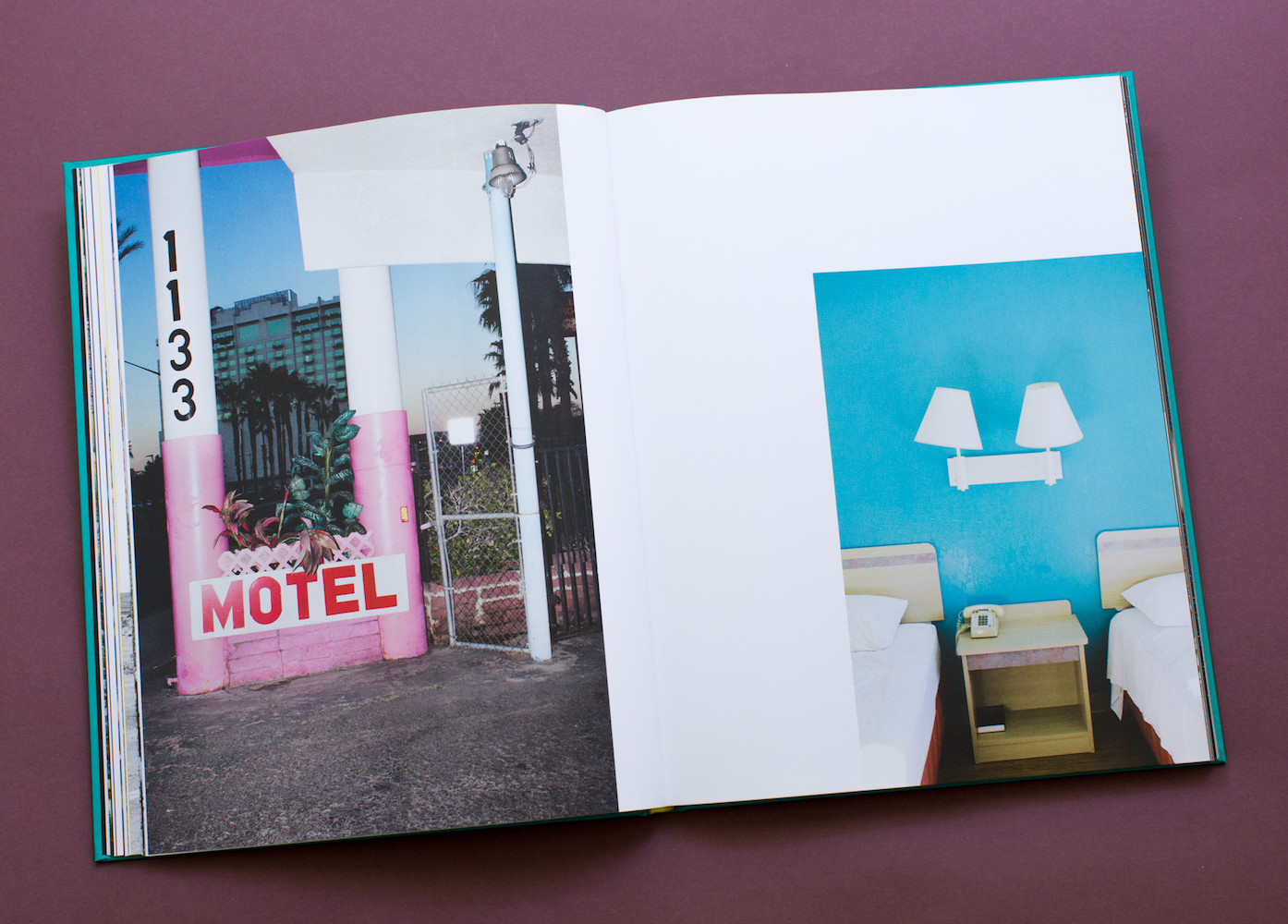 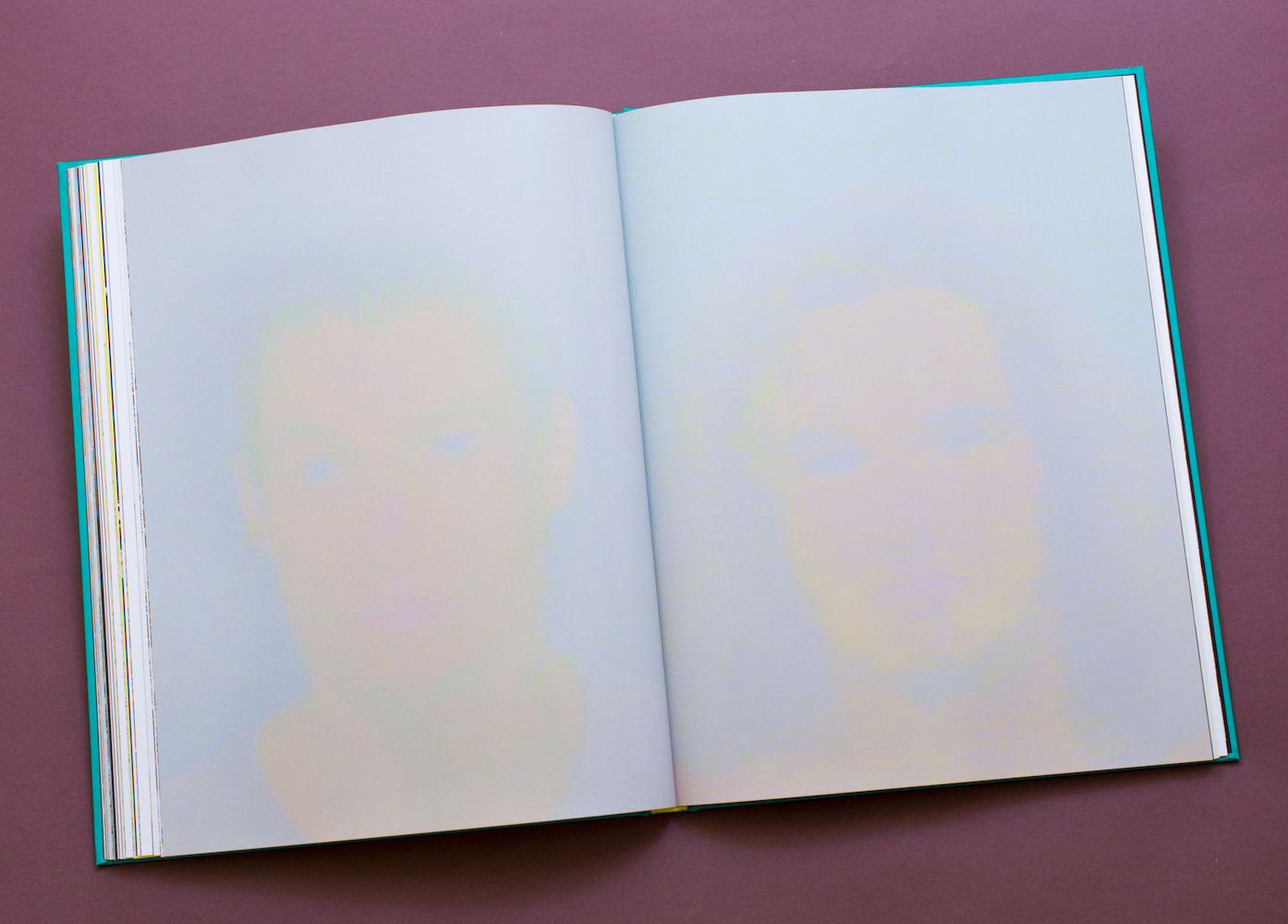 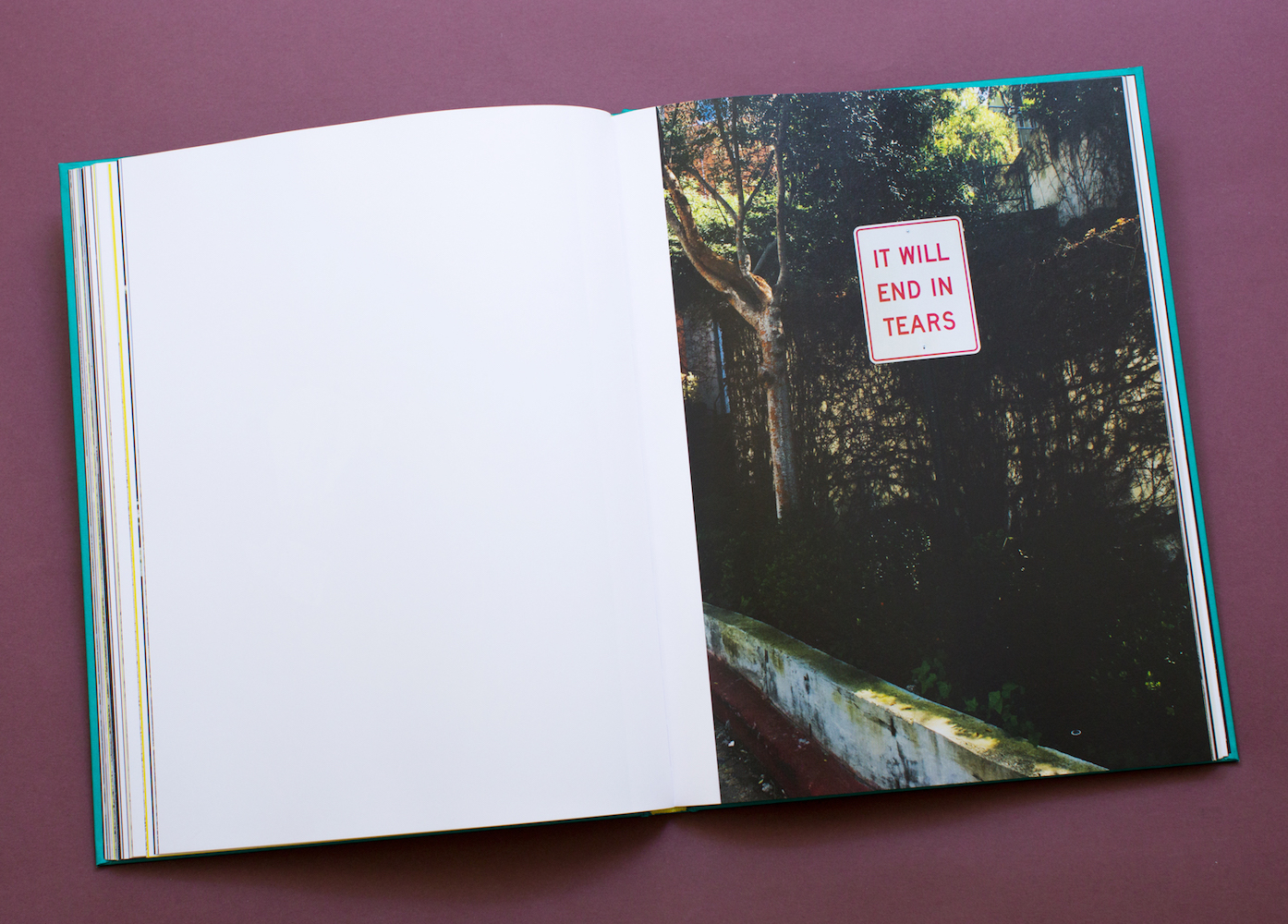 What does the American Dream look like to you? Check into Stefanie Moshammer’s exhibit – winner of this year’s C/O Berlin Talent Award – and you’ll get a profound sense of loneliness symbolized by the plastic culture of man-made things, wrapped up travelogue-style.

‘Not just your face honey’ launches with a typewritten letter, or rather a declaration of love from a stranger in the U.S. Handed to her by a man named Troy, and based on a brief encounter they had, the letter is brimming with proclamations of deep attraction, promises and desire.

Spread out over two rooms at the gallery, Moshammer takes you on a bizarre journey in which she excavates the letter as a photographic exploration. Moshammer’s visual essay is a fascinating look into concepts of illusion/delusion, imagination vs. reality, obsession and love. It’s no coincidence the photos are taken in the region of Las Vegas – itself a font of desire, fakery and satin-sheathed dreams.

The exhibit comes with a companion book published by Leipzig’s Spector Books, edited by Ann-Christin Bertrand and partnered with texts by this year’s award-winning critic Andreas Prinzing. The book is beautifully produced (including its turquoise cover that recalls her vivid photos) and has presented Moshammer’s work with style and precision.

Moshammer, who graduated from the Fashion School Vienna and holds a bachelor’s degree in visual communication and photography at the University of Art and Design Linz, utilizes different modes of imagery — nabbing pictures via Google Maps, film footage and her own shots to chart this internal and external landscape.

The photos have a documentarian feel interwoven with constructed images and in this manner, Moshammer achieves the effect of taking us along her journey while leaving the viewer wondering where reality begins and ends.

The exhibit’s entry way begins with the line ‘I can be your ticket to USA citizenship’ partially overlaid a giant shot of a town somewhere in the Nevada desert. The photo’s bleak terrain dotted with a desolate set of buildings and a sad-looking motel calls into question, what does this citizenship mean and where will it lead?

A fuzzy image of the American flag shot on video hangs in the middle of the first room. Visitors are confronted with the formally written letter and with images of a desert scenery punctuated with plant life and traces of human life i.e.  a white truck on a highway cutting through the dusty landscape, cactus, spiky plants and a brick backyard pool with the bare branches of trees forming a menacing backdrop.

We get aerial images, surveillance-style shots including a night-time photograph of Troy’s house. Is this a glimpse of The Dream?

The room begs of promise that is both concrete (literally) and in the realm of imagination. Lines from the letter become titles of the photos: ‘I thoroughly believe you can be a celebrity in the United States, too’ and ‘Not just your face honey but your voice melted my heart.’

As you drink in the desire and stroll to the next room, you’re struck by a giant image of the orange Bird of Paradise flowers. Indeed, nearly all the plant life is spiky and hard, almost threatening.

Moshammer’s second room screams of reality and the attempts of creating comfort amid austere environments:  the fake technicolor hues of a motel room with its glaring margarine-yellow towel swan or the side of a long bus with the mural of greenery and rocks juxtaposed and mimicked by the real landscape. There are suggestions of human presence and only a handful of shots contain humans, but faces are never present (one shot has a face all blurred out). We may all just be stand-ins in this unnatural/natural environment.

Three smaller pictures are located above ‘I can be your Ticket to USA citizenship’ – a night shot of a 24-hour gas station, a gloved hand holding an American dollar and then what looks like a dead bird (a bald eagle?) displayed ominously atop a pole.

Walking through the rooms several times, I am struck by the artificiality of both nature and man-made things portrayed by Moshammer as well as Troy’s proclamations. There’s partial shot of a large building/office with a manicured garden and flamingoes, as if urging you to pretend that paradise is right here. Meanwhile, Troy’s words speak from his heart but also stem from familiar tropes that objectify women (calling her a girl/woman, promising material wealth as a form of love). His letter positions women as people you can buy with shiny pledges. She can also become his new thing.

At times, I felt sorry for him – my mind conjures up a man desperate to connect with someone and not knowing how. This is painful to think about and it’s something almost all of us have experienced.  He describes what he can offer but it feels like synthetic reproductions of the real thing. And that is the key to this exhibit —  while Moshammer is dissecting her own objectification, we are also experiencing Troy’s vulnerabilities.

Moshammer has a lucid sense of story and the photos are stark and stirring. In this series, she has been able to fashion a memorable set of arresting images while stringing together a kind of investigation.

In the end, I am reminded of my few road trips through the U.S., seeking the thrill of the open road, staying in the stuck-in-1975 motels and digging into greasy diner food. Just like those trips, the exhibit leaves the lingering feeling of bittersweet, leftover dreams.